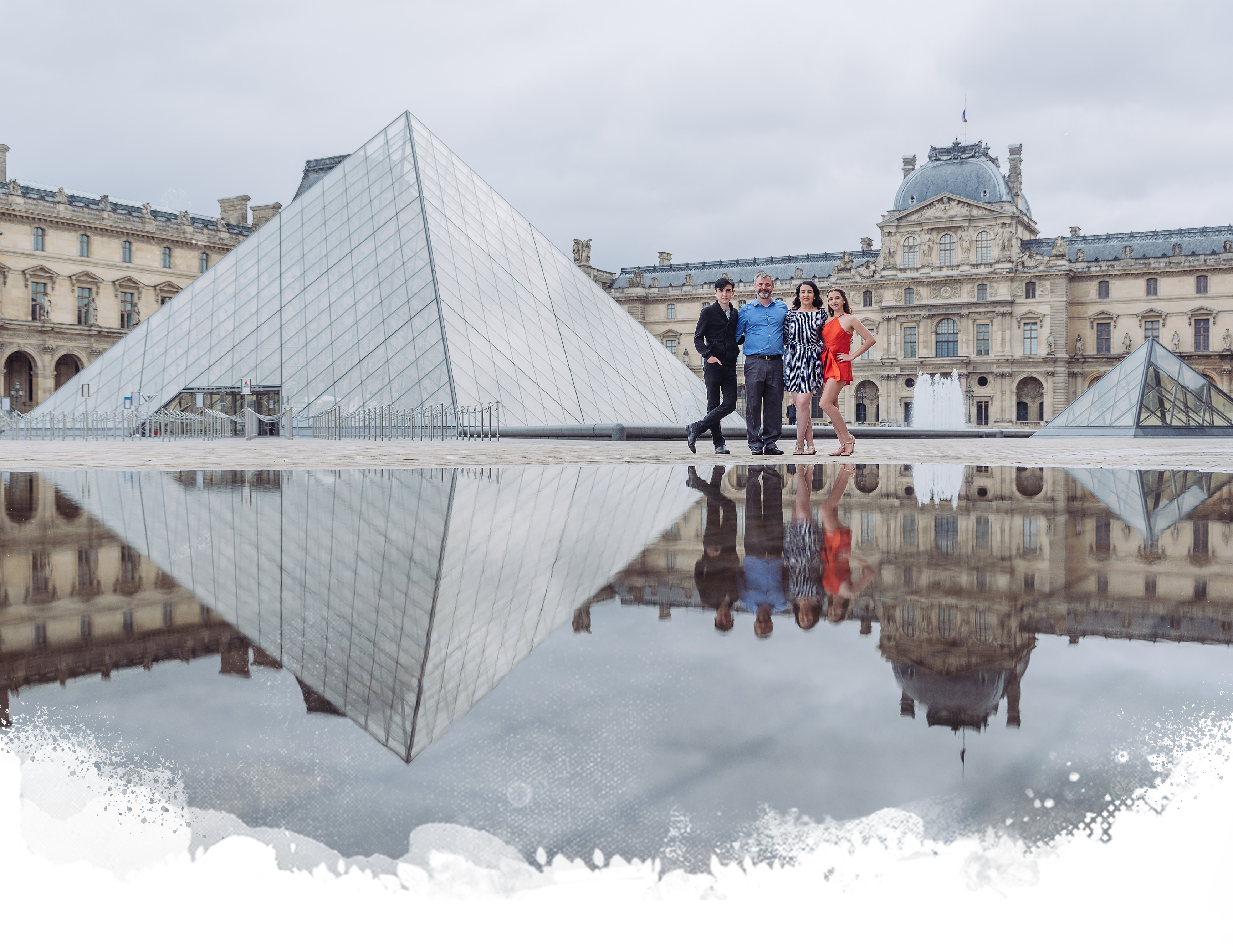 Being a Paris family photographer means turning obstacles into opportunites

It was raining in Paris and Holly was worried about the family photo shoot we had planed that morning.

She had contacted me few months before to document her family in the city of lights. It was a very special family trip to Paris and they wanted to mix their  Paris family shoot with some senior photos of her son and some pictures of her beautiful ballerina daughter.

Luckily the periods of rain in Paris are often, very short and normally it’s very mild rain anyway, so we always manage to shoot either using pretty umbrellas or going to nice covered Parisian locations.

This day though, there was no need, the rain stopped leaving us beautiful ponds to play with. 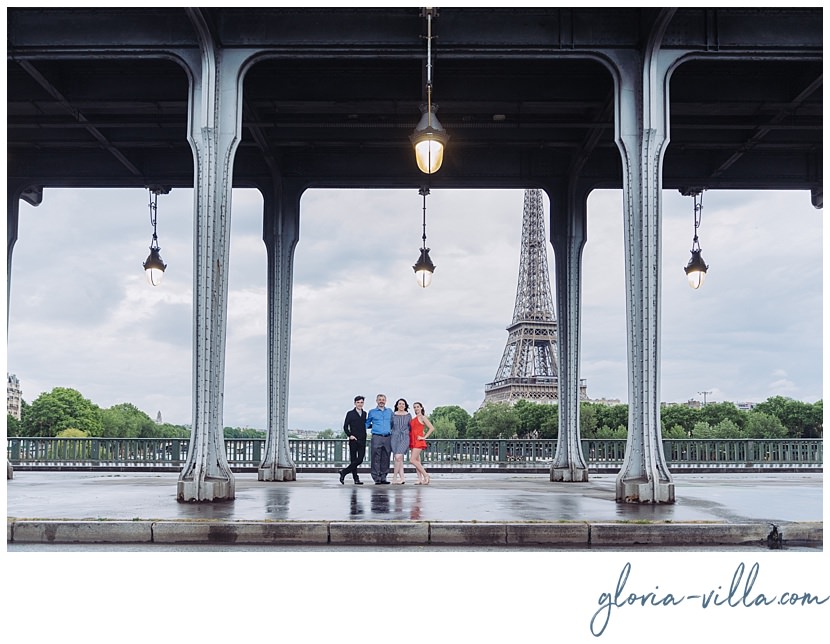 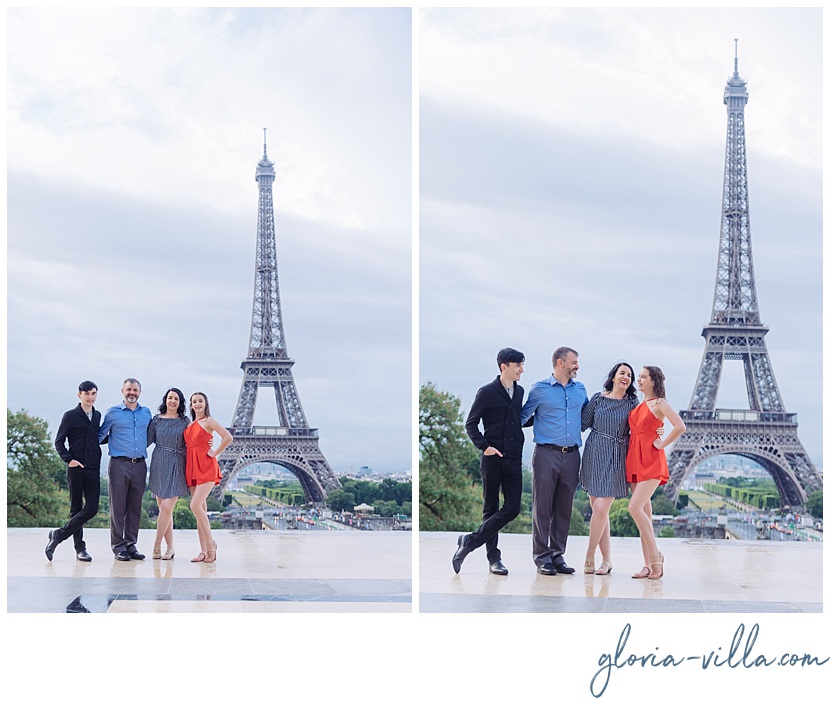 Thank the Universe for the rain

If it wasn’t for the rain in Paris that morning we wouldn’t have had half of the great family photos we got that morning. The reflections on the ponds were truly magical and I could explore, play and use all my creativity.

But let’s hear what Holly has to say about her family shoot in Paris. 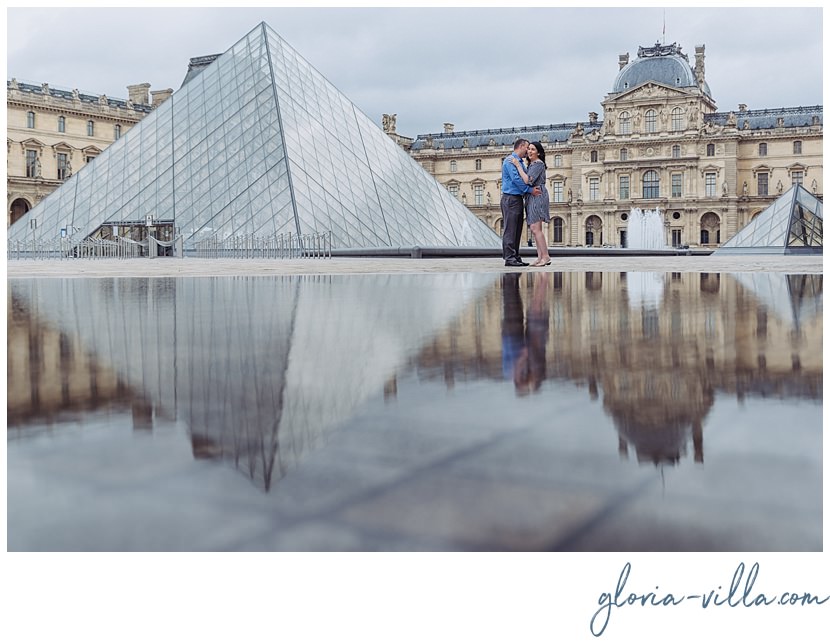 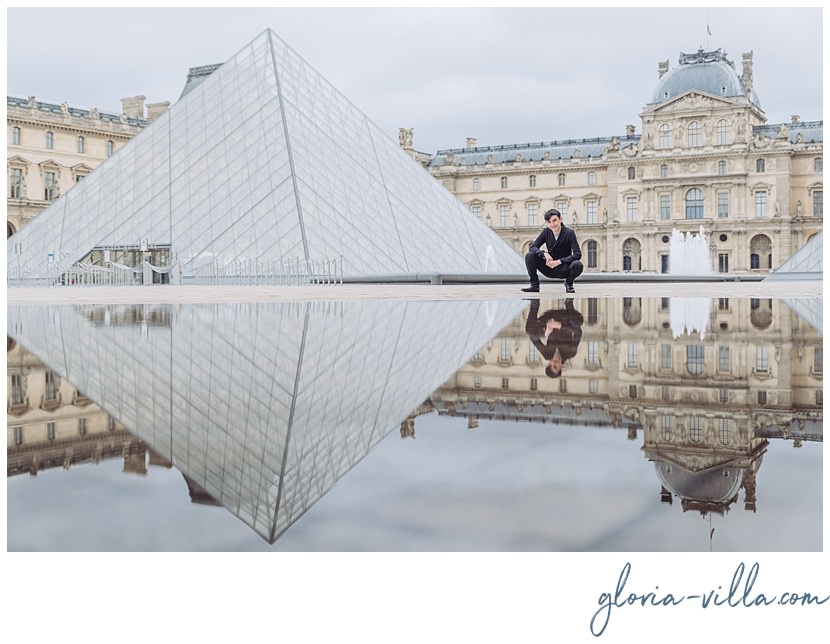 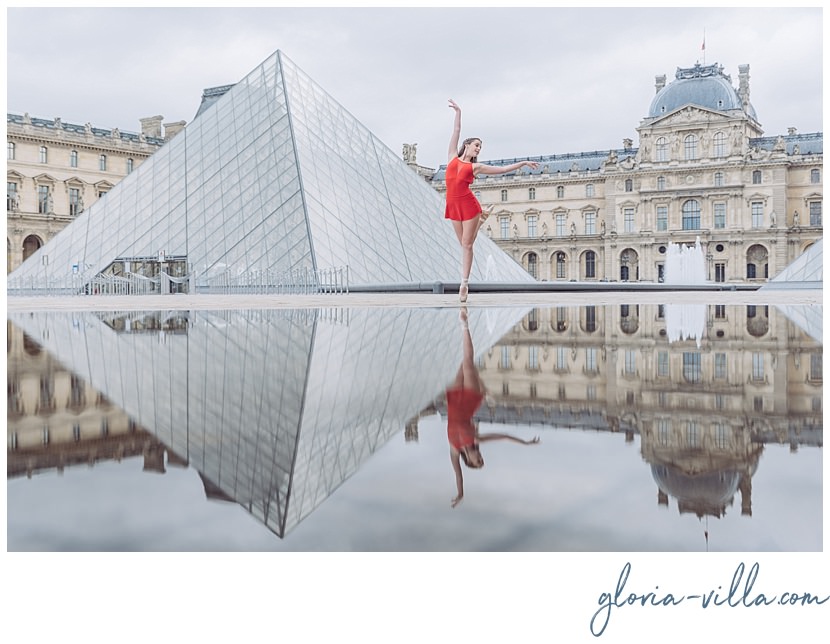 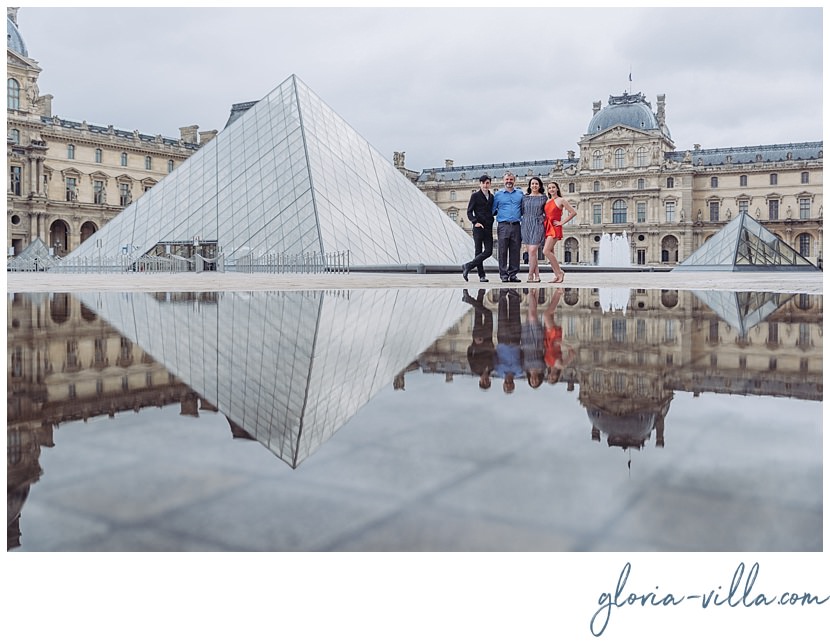 This was actually the first time we had done an “on-location” photoshoot on vacation.  And, actually, this was probably the longest vacation we’ve ever taken together as a family.

I thought of it relatively late in our planning process but now am so glad I did!  None of the photos you took would ever compare to something we could do on our own.  Having high quality photos of our time together in Paris is the best “souvenir” we could hope for.  Truly priceless and I know CJ and Charleigh will probably be showing the pictures to their grandkids one day! 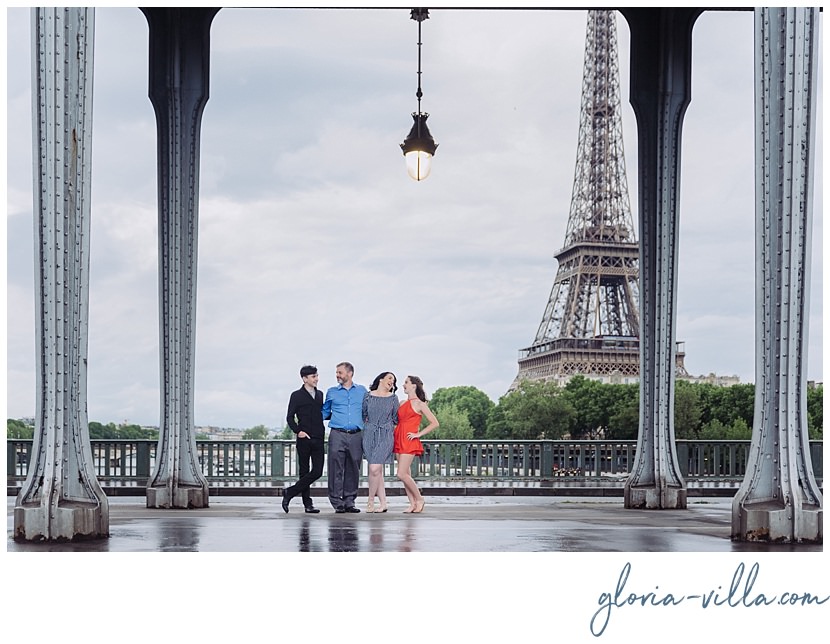 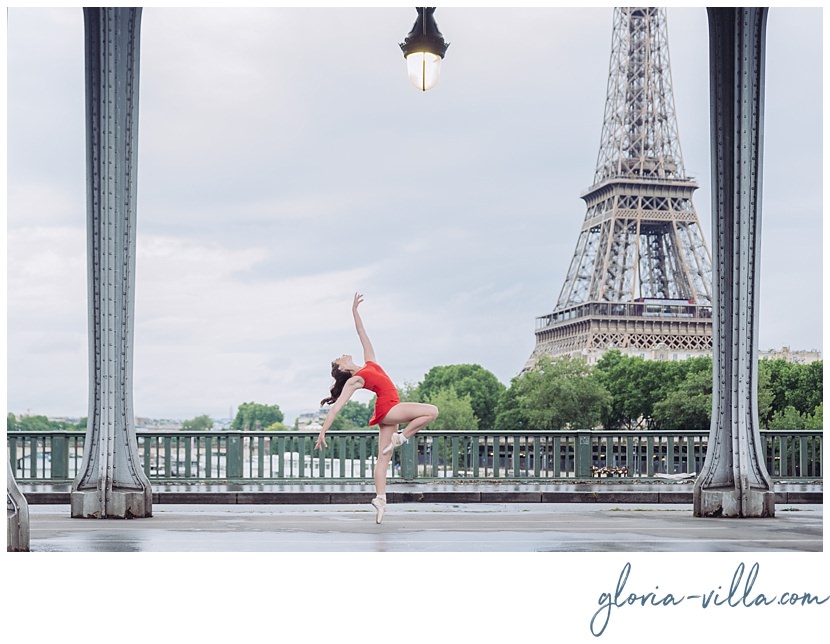 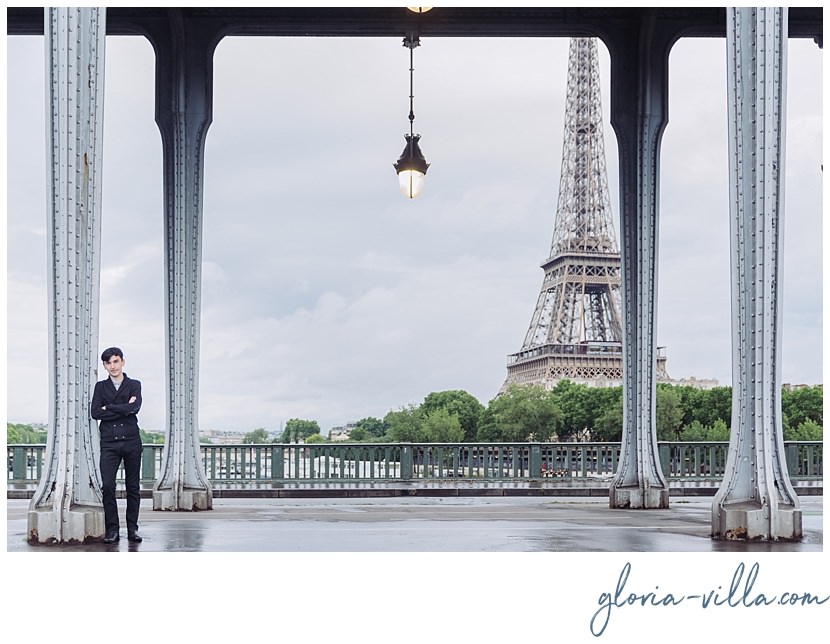 What was your main concern about your family shoot in Paris?

My initial concern was just booking the photographer him/herself.  As I thought of it relatively late in our vacation planning, I was going just by an internet search and the first few photographers I contacted were all booked up for the times we were available.  Luckily, one of them referred us to you and our shoot was scheduled for our last full day in Paris!

I wasn’t worried about the weather until early that morning when thunderstorms woke us up!  As we were leaving the next day I knew there was no way to re-schedule so I was a little panicked about how things were going to turn out. 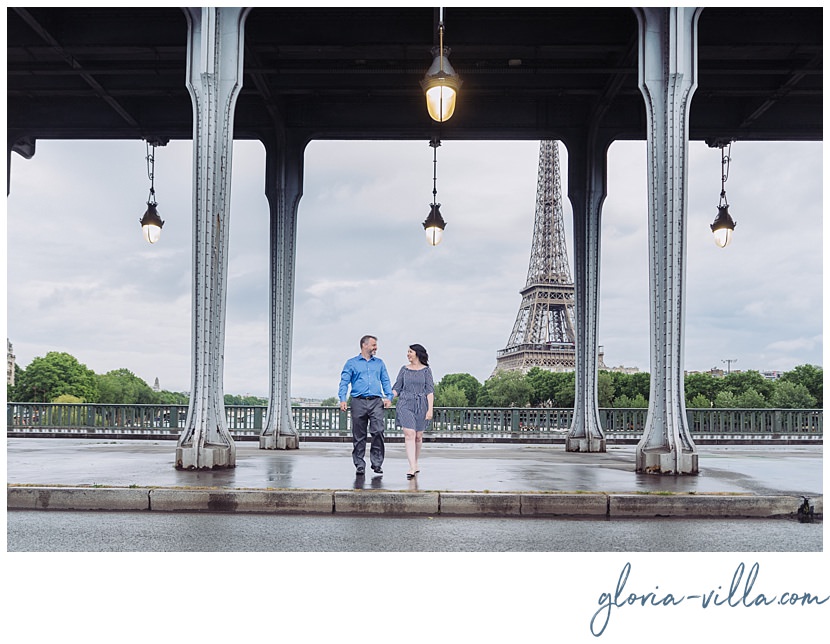 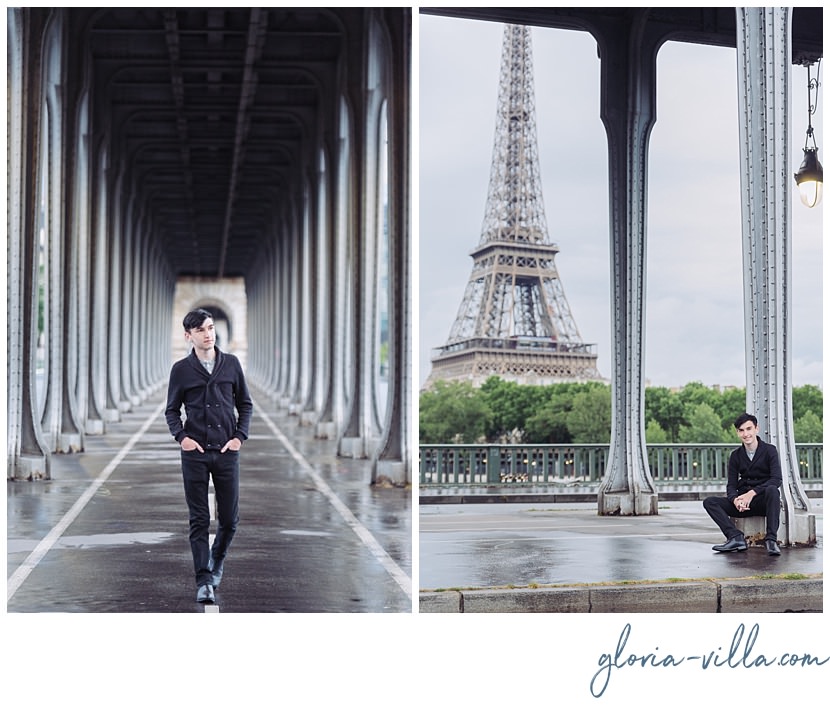 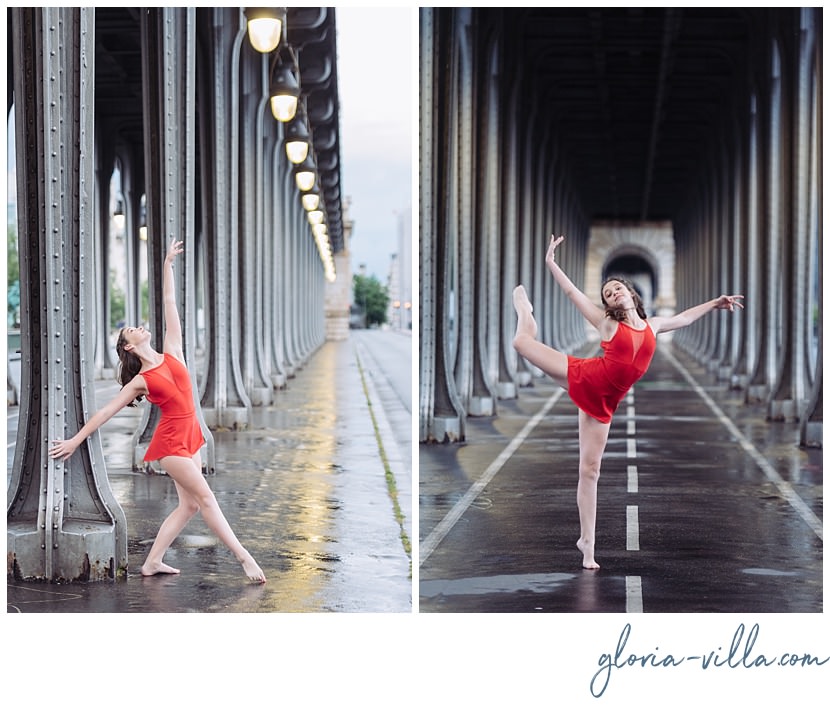 How did the family photo shoot in Paris turned out to be regarding those concerns?

As far as the photographer, when you book someone that no one you know personally has used you always wonder going into the session if you are truly going to get what you paid for and will be happy with the experience and results.  Well, those fears quickly went away in the way you handled the unexpected weather.  You had a great alternative location with the Bir-Hakeim bridge; and then, finding the reflection shots in the puddles – absolutely amazing!!! Never would I have expected the photos that were created that morning… 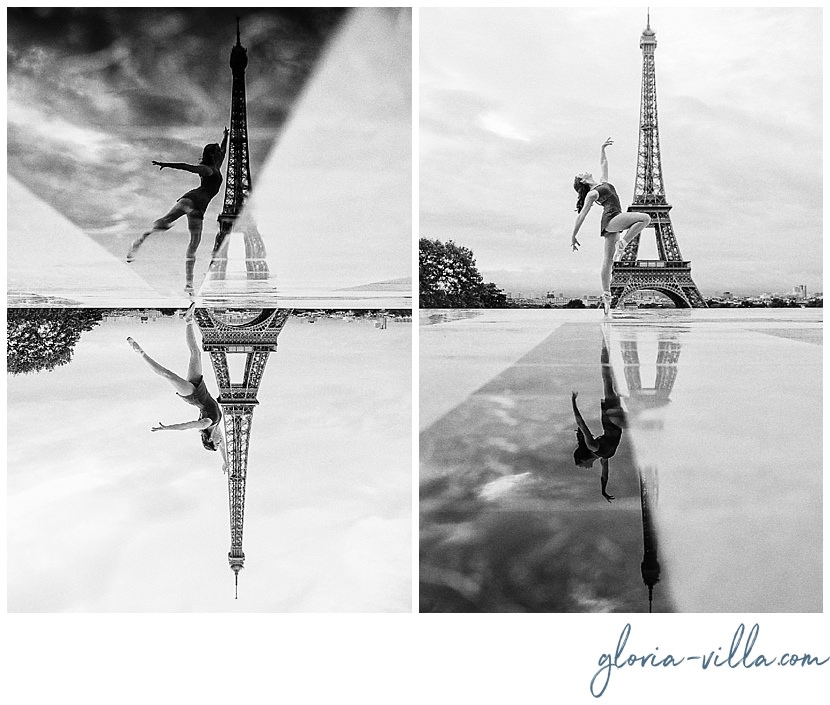 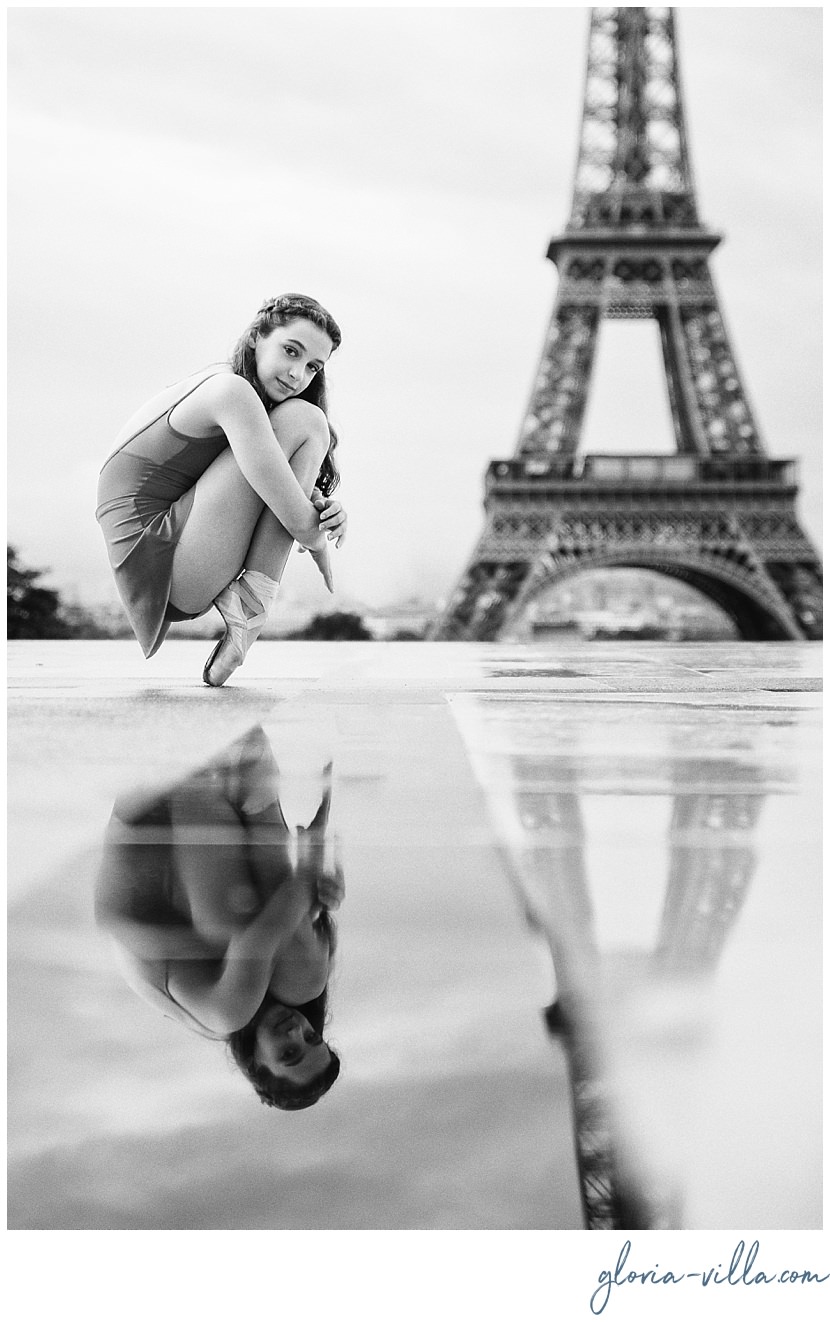 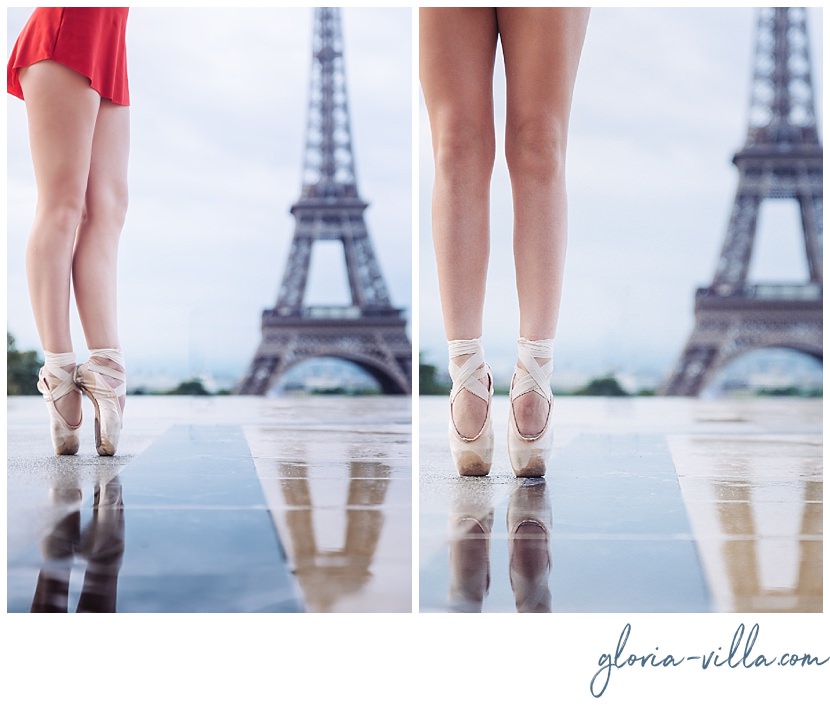 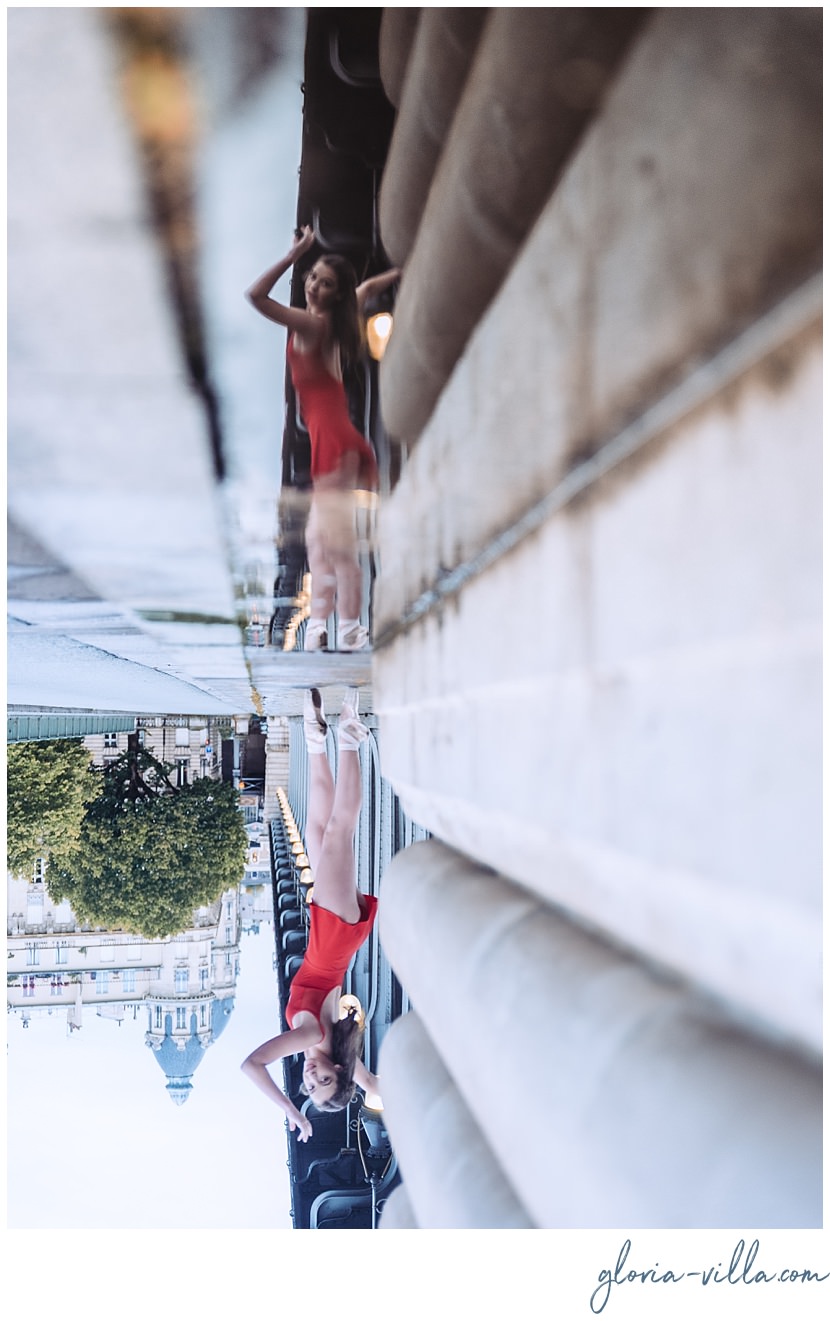 How did you feel working with Gloria during your family photo shoot in Paris and afterwards?

Gloria was perfection.  She was efficient, making great use of our time together.  She knew how to set up the most flattering shots.  And, as I already mentioned she was able to create the most stunning reflection pictures in the puddles of rain.  Afterwards, we received our pictures quickly and she has always been fast in communication. 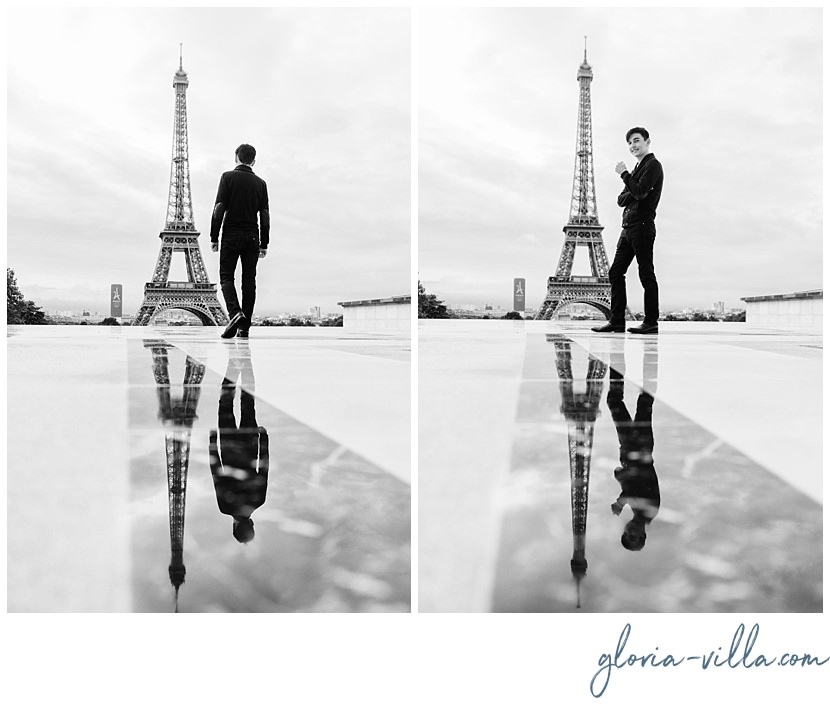 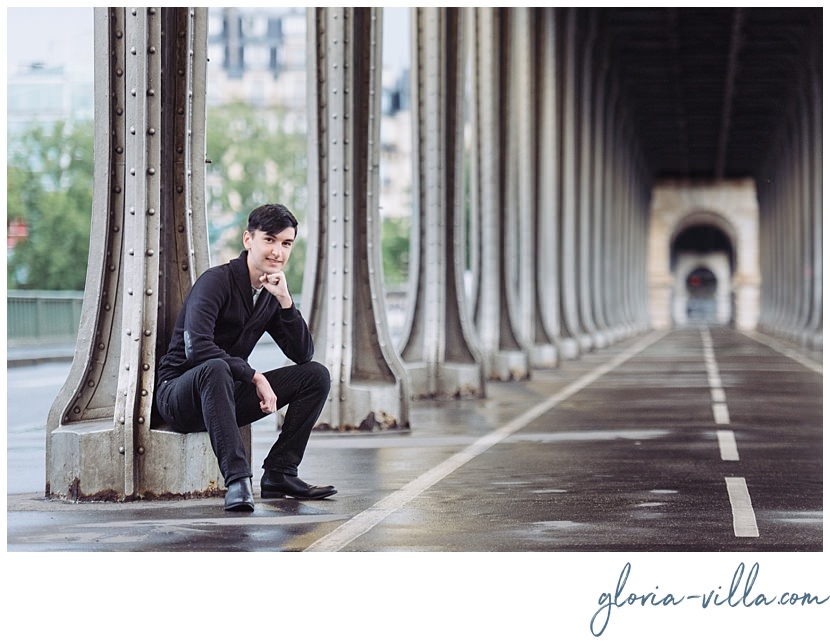 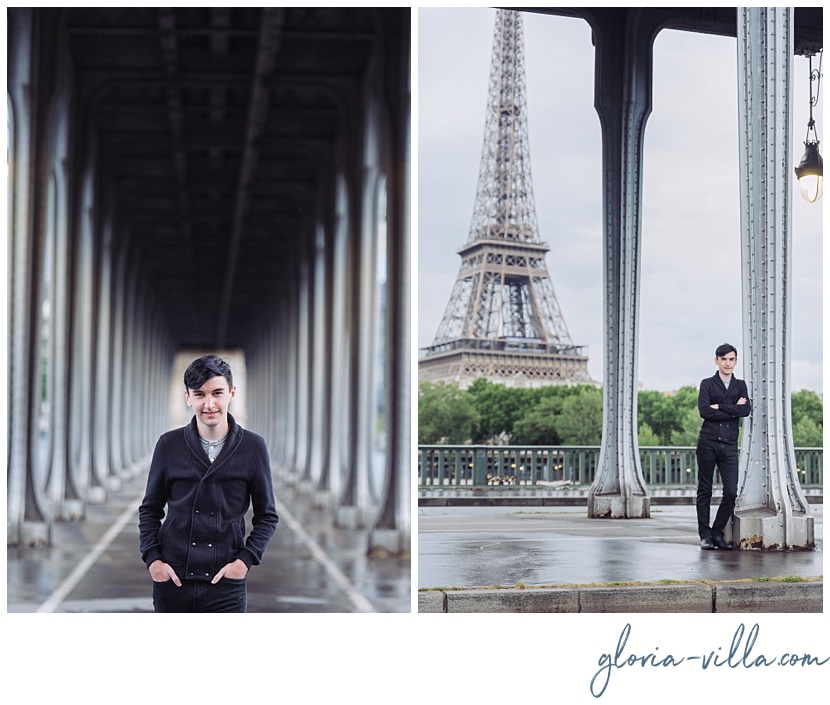 How was the reactions of your friends and family when you showed them the pictures of your family photo shoot in Paris?

6 months later and family and friends are still commenting.  They are just gorgeous, gorgeous photos.  The company that made Charleigh’s leotard re-posted some of the pics on their own social media.  We constantly get questions about how did we manage to set up such an amazing shoot?!?

As far as the senior photos, one friend commented:  Hands down, you win senior pics this year!!!

Not that it is actually a contest or that I wanted him to have “the best in his class” necessarily, but CJ is soooo lucky to have his senior photos essentially be a GQ photoshoot in Paris.  What a gift for him as he graduates high school this year!!! 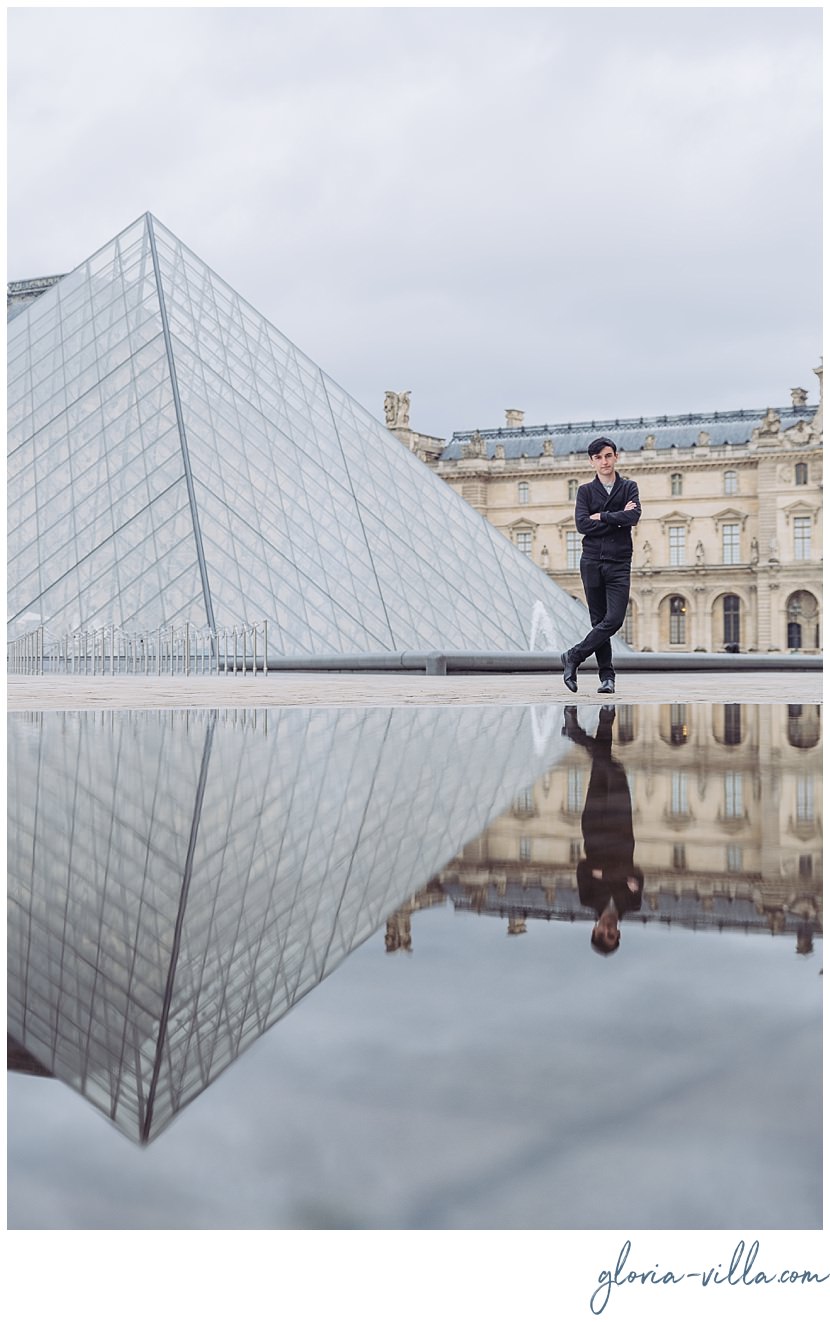 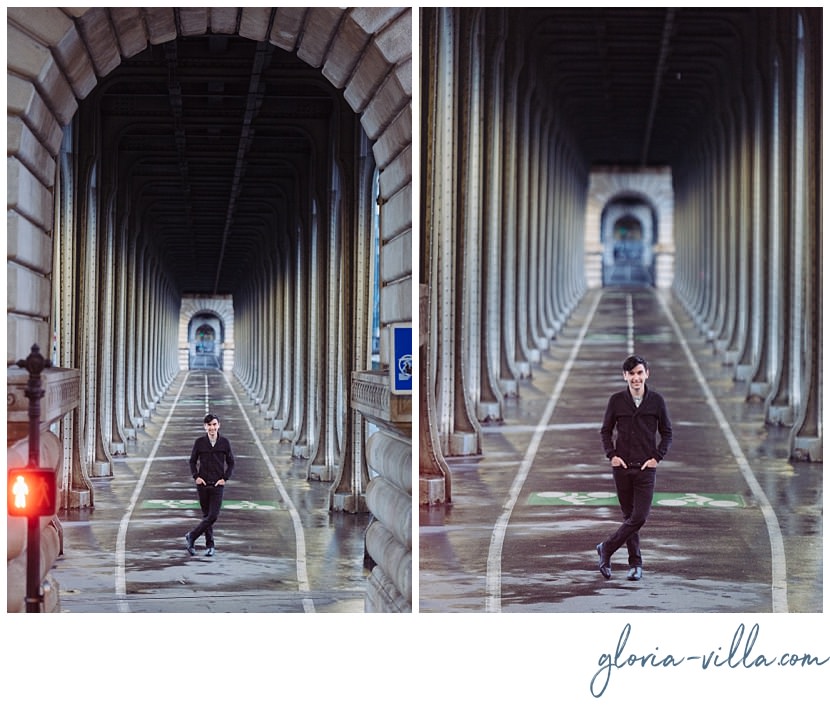 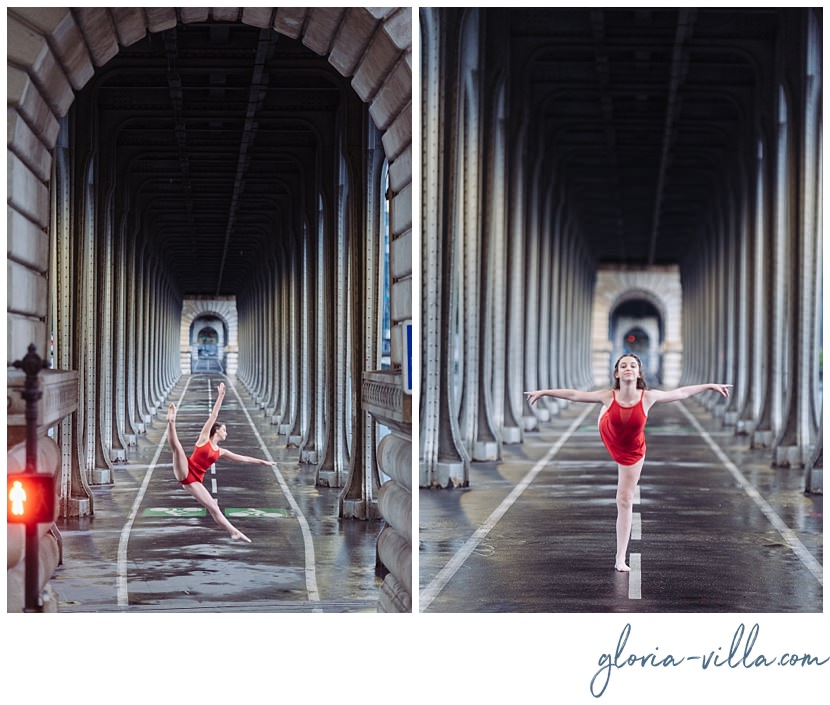 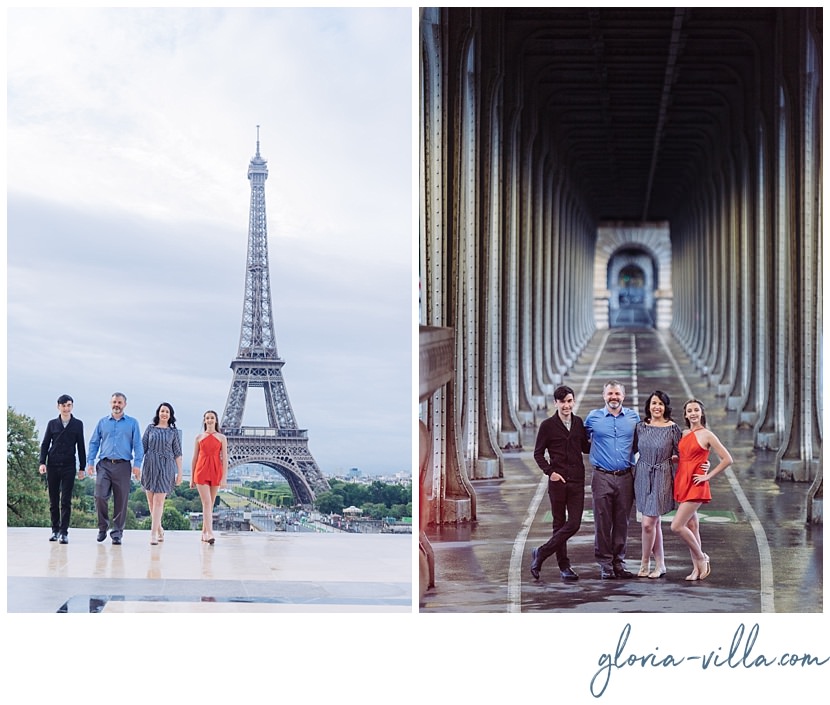 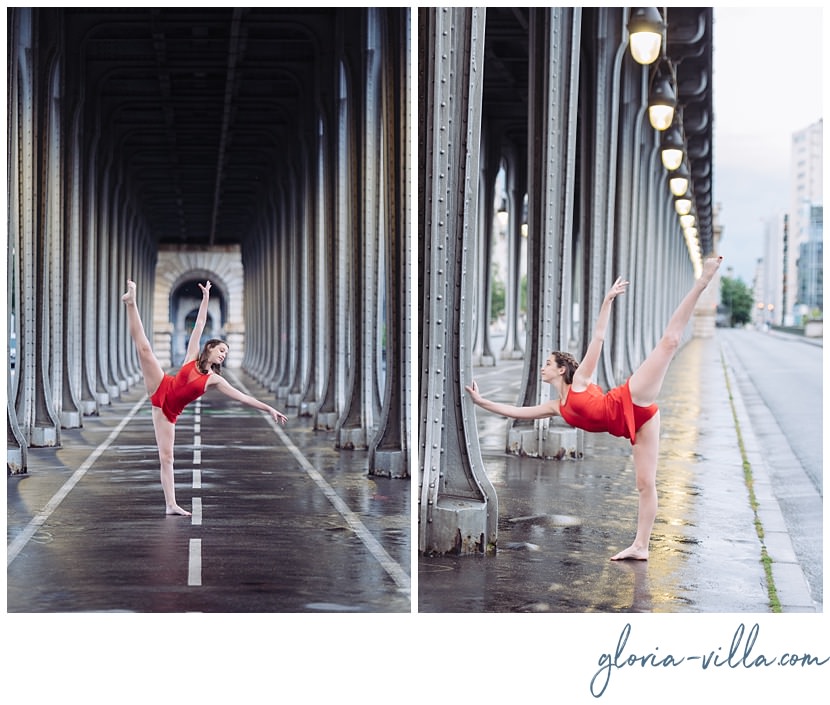 If you’re ready to have fun and build memories with your loved ones in Paris, let’s make it happen by clicking here